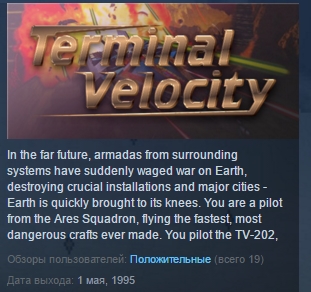 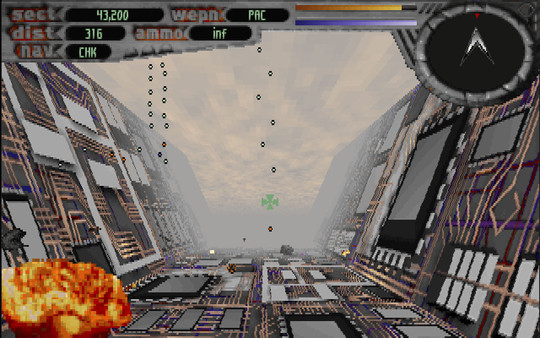 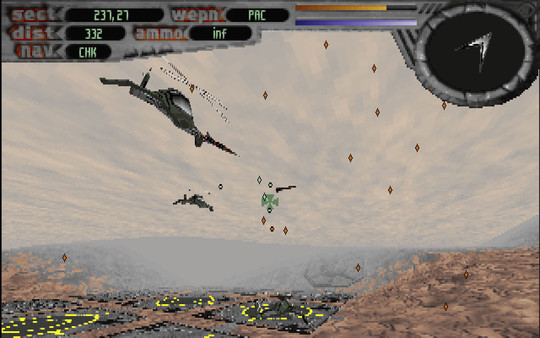 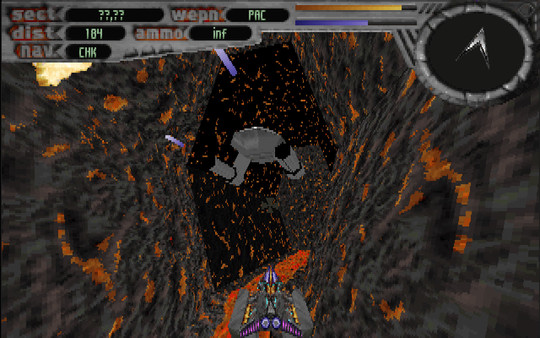 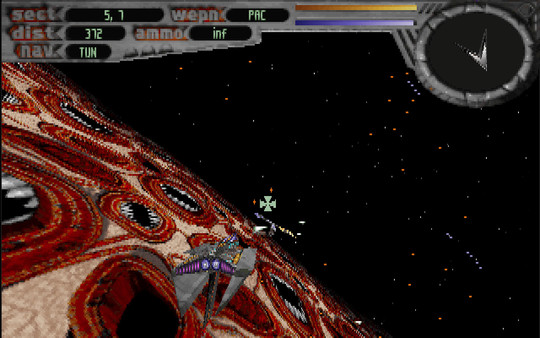 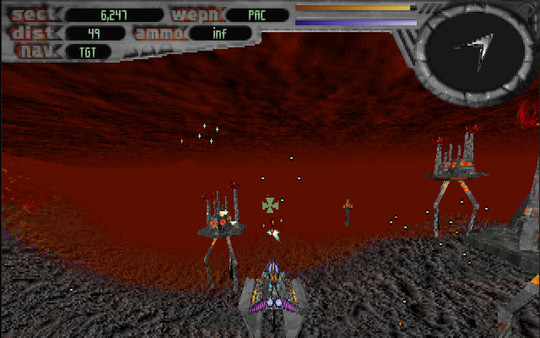 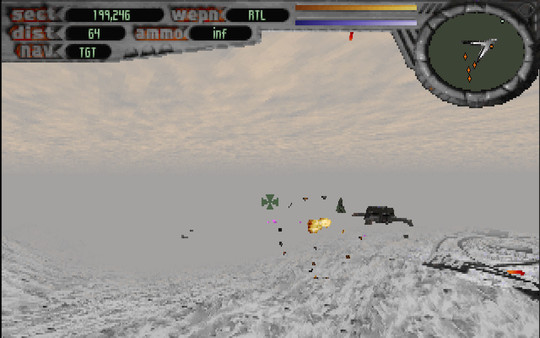 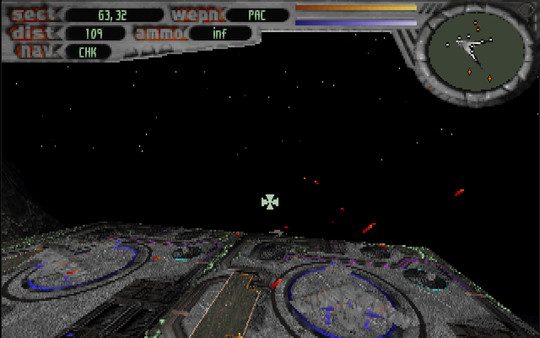 Created by the former lead programmer of Microsoft Flight Simulator, Terminal Velocity features a fast frame rate, realistic outdoor environments, and the unique ability to fly through tunnels and into underground caverns. Quite simply, Terminal Velocity is all about action, speed and destruction.
Features
All-rounder: Fast texture-mapped 3D flight with full 360-degree movement.

On Top of the World: 9 totally unique planets, with 3 levels per planet, and dozens of tunnels and over 400,000 sq. miles of terrain.