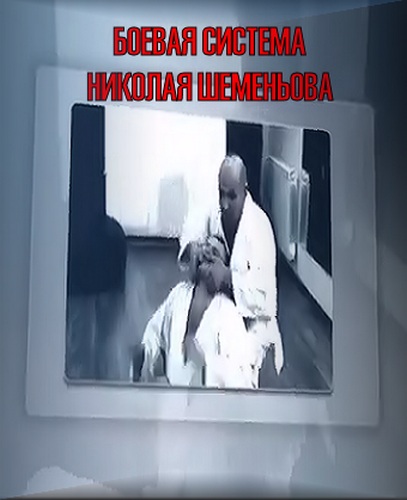 Nikolai Shemen - one of the leading Russian experts in the field of martial arts. He created a system of warfare, in fact, unique. This martial art in the full sense of the word. The technical arsenal of Shemenova, tactics of the fight due to the fact that it is primarily applied character. Training film, which is offered to your attention - the first attempt to consistent presentation of Shemenova in video format, designed for a wide range of audiences interested in martial arts.

For all the time spent in karate, he raised two world champions in kickboxing. Nikolai Master of Sports in Greco-Roman wrestling, winner of 6 given IUKKK, as the owner is given 8 Koi no takinobori Ryu. He also founder of modern knife fight in Russia. The combat system is Nicholas Shemenova educate not only the body but also the spirit. Nikolai Shemen, wonderful wizard, create your own karate. In a relatively short time he managed to achieve a lot. His disciples: Pepeljaev and Naumov, became champions of the USSR and Russia, World. It is also a teacher and the only coach Kochergin who received dan Kyokushin Budokai.