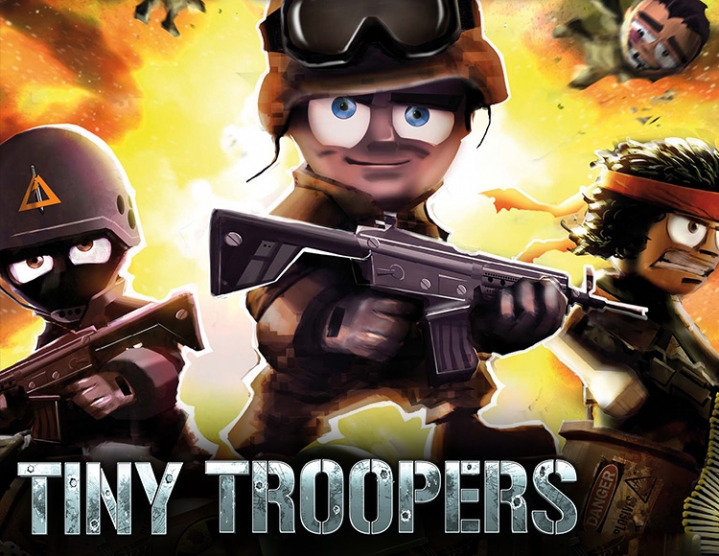 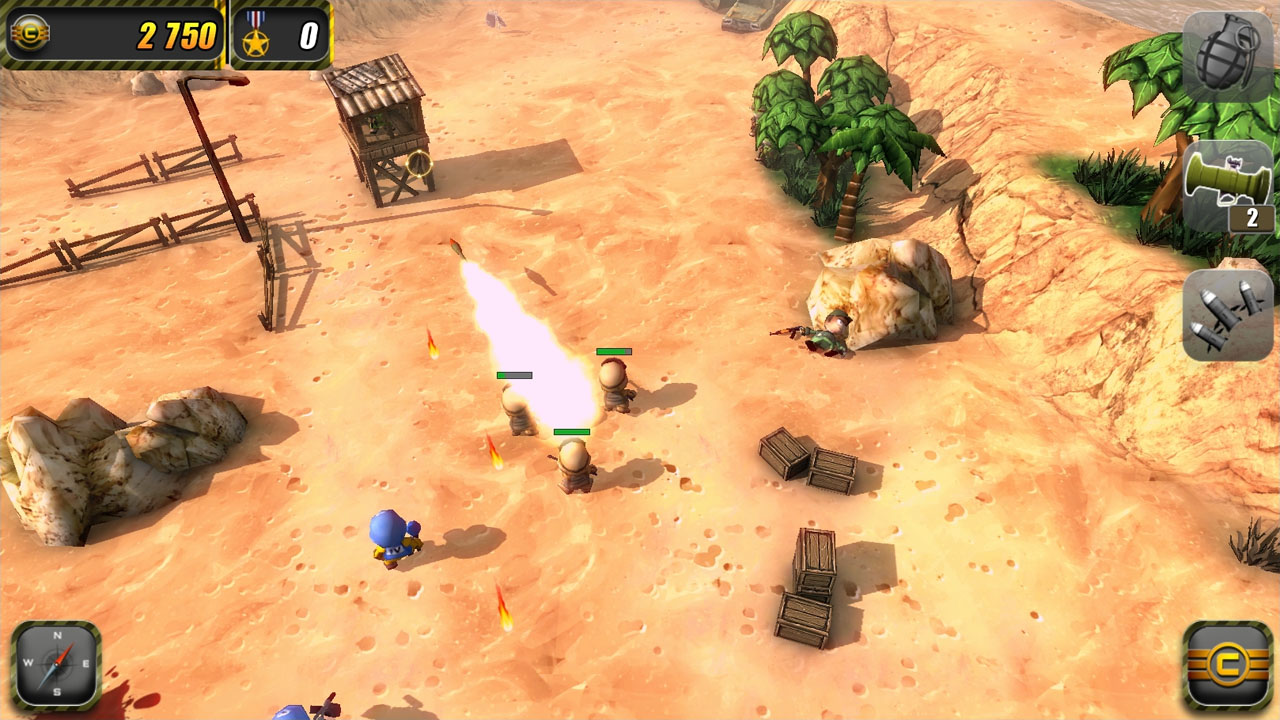 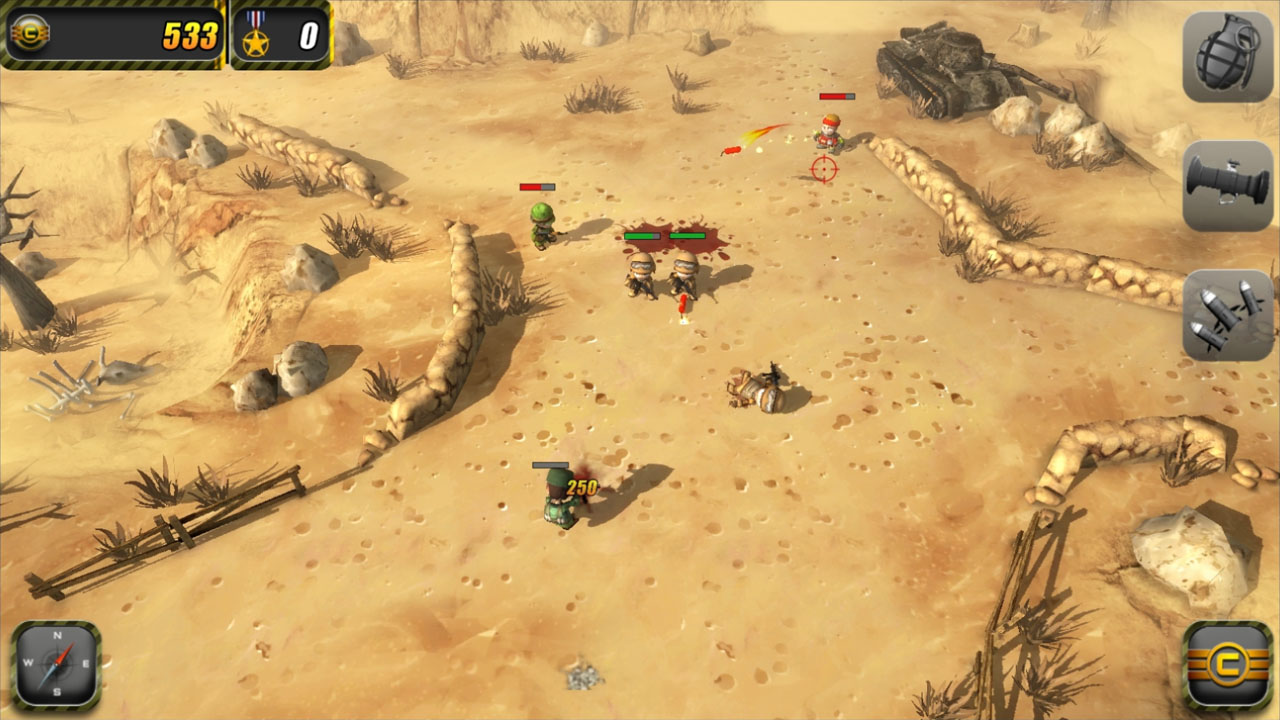 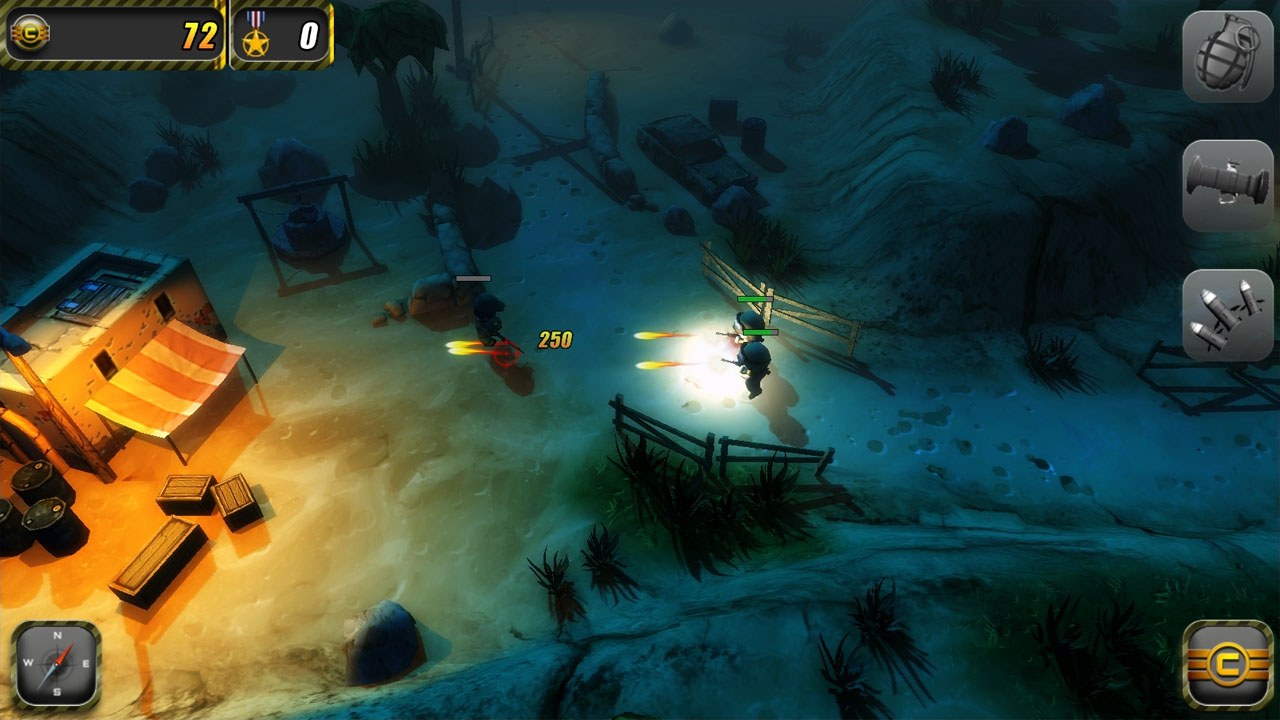 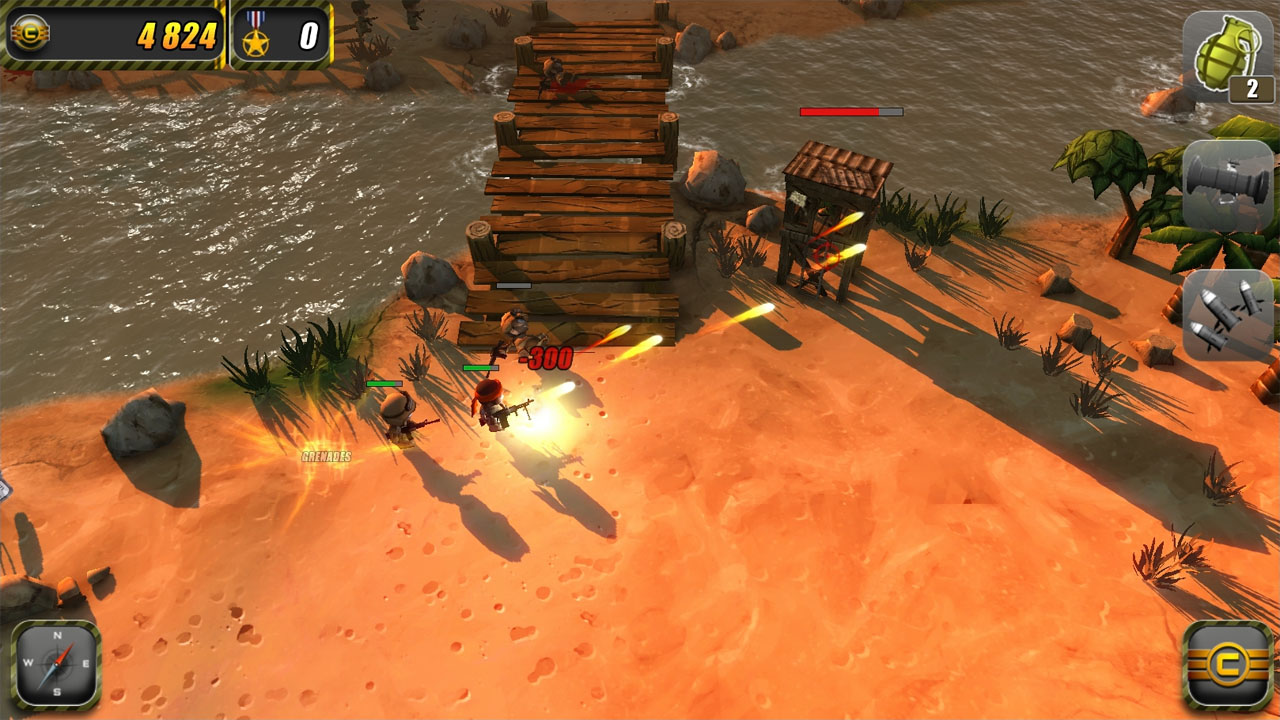 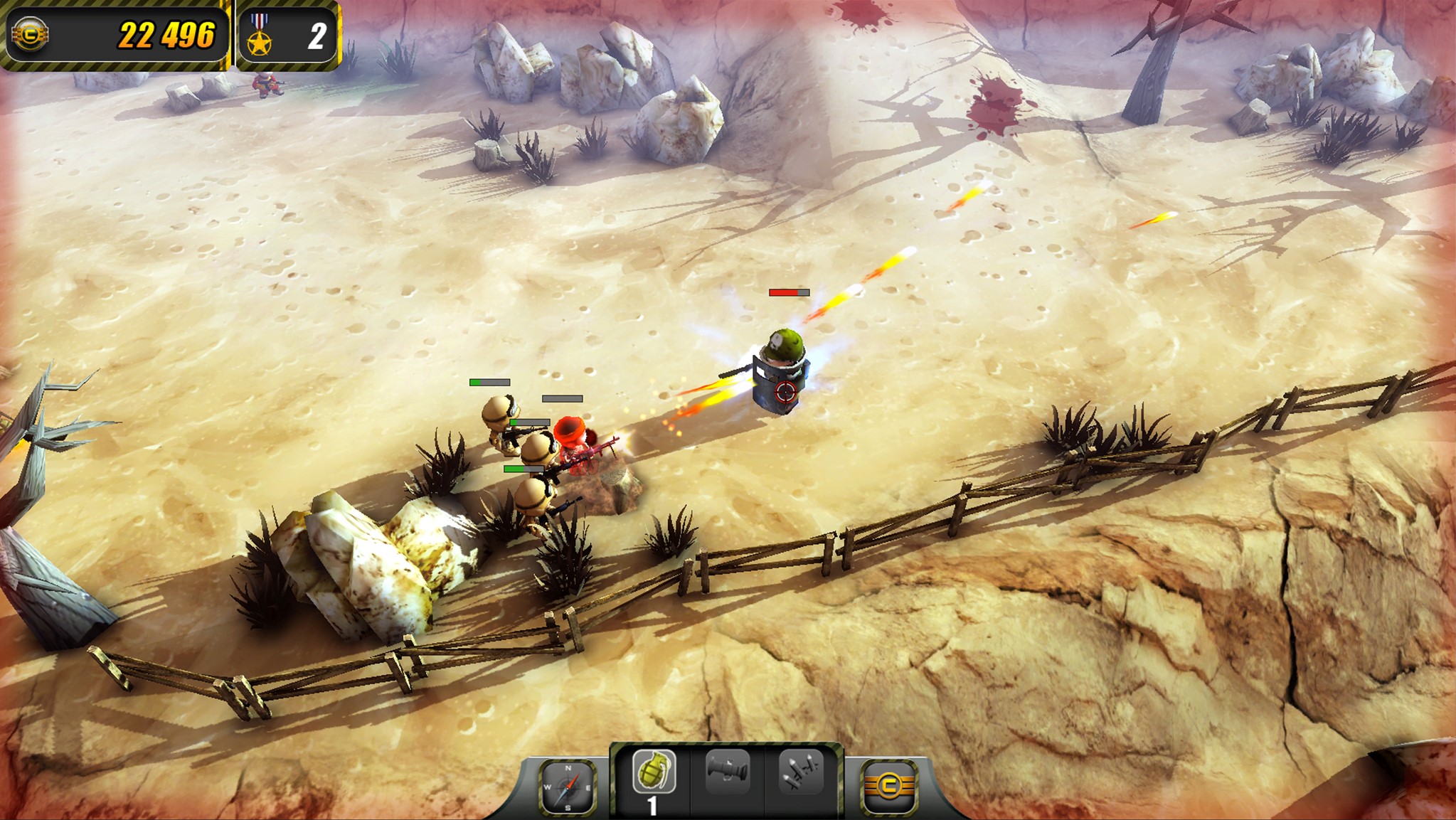 Description:
In the game Tiny Troopers you take under your command a detachment of small soldiers. Lead them through 40 death missions with different tasks, among them the destruction of enemy troops, rescue of hostages and much more. Your soldiers will encounter enemy infantry, snipers and even tanks. Losses will be high, but you have an unlimited supply of new recruits. Those lucky ones who can survive in missions will receive promotion and new abilities. To increase the chances of survival of your soldiers, use special Commander´s glasses to give them the best equipment or special fighters: machine gunners, doctors, special forces. The war is hell, but ours is still terribly funny!

Features:
A safe way to get into the war and not get back in the bag.
Lead your infantry through 30 death missions with different missions.
Fight with a variety of enemies from snipers to tanks.
Strengthen your detachment by specialists: a machine gunner, a medic and a special forces commander.
Take care of your troops: they will become stronger with each new rank.