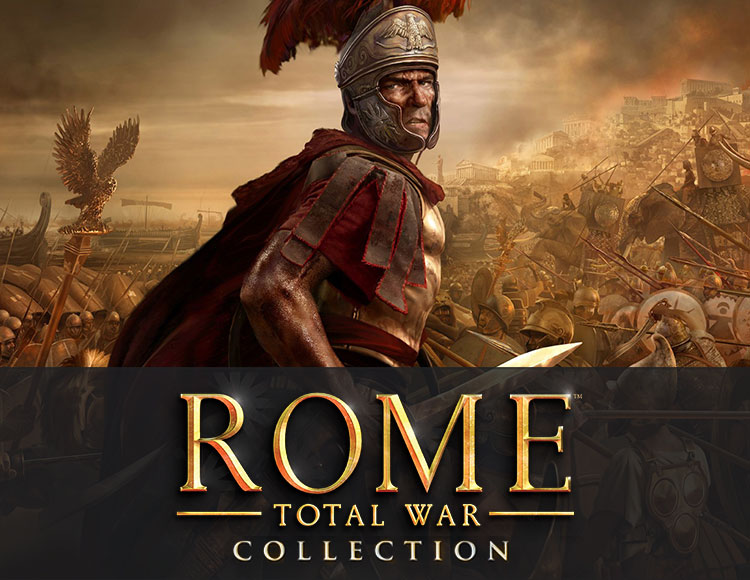 
After payment you get a link on which you can get the license key Total War: Rome Collection from the official supplier - the company "Buka", for activation in the STEAM system.

Description:
Composition of the edition:

Rome: Total War
Rome: Total War - Barbarian Invasion
As soon as the Roman Empire is under your command, it´s too early for you to lower your sword - the Barbarians are coming. With two award-winning titles from the revered Total War series, you will have twice as many obstacles and opportunities to control and conquer the greatest empire ever known to man.

Voted as Best Game Strategy 2004 by IGN, GameSpy and GameSpot.
Fight together or against the greatest rulers of history, such as Julius Caesar, Spartacus and Hannibal, to expand or destroy the Roman Empire.
Incline the Romans like the Hun of Attila, scary Saxons or other wild groupings, using the crown weapons and abilities.
Command the experienced soldiers in the legions in cinematic epic battles with thousands of soldiers on the screen at the same time.
A comprehensive campaign entails players to strategically manage the economic, civilian, religious and military weapons of the empire.