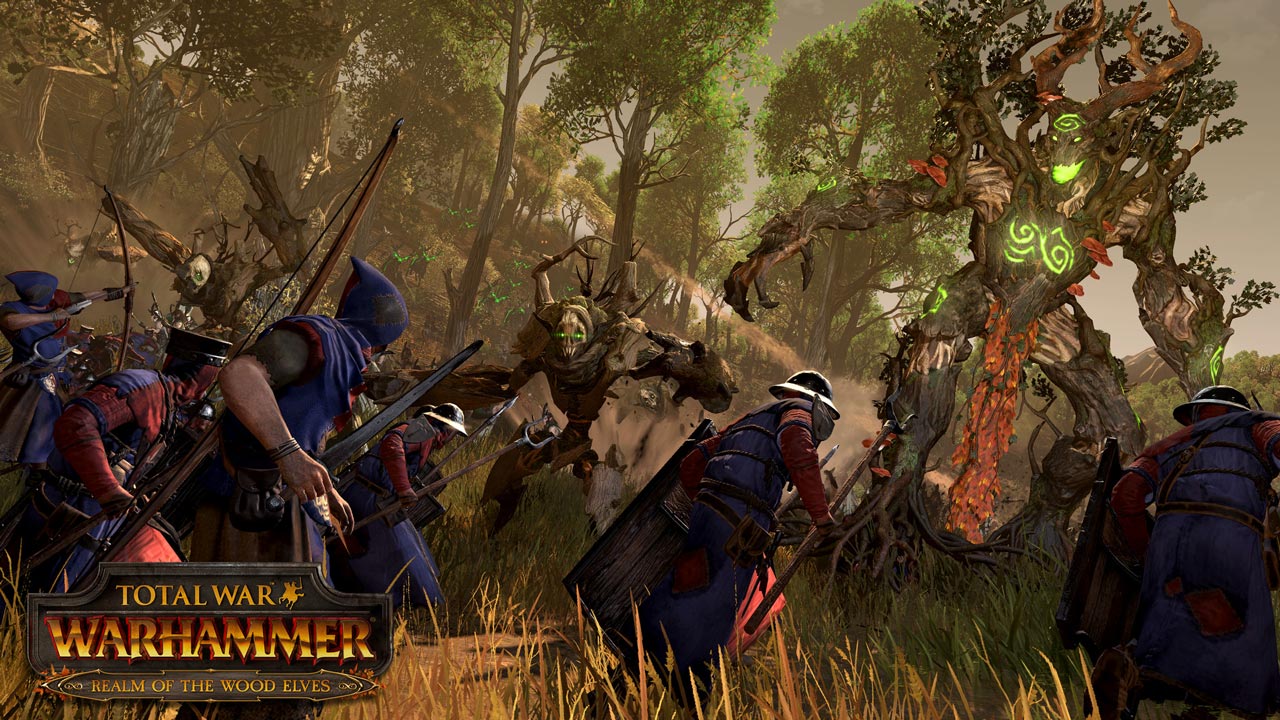 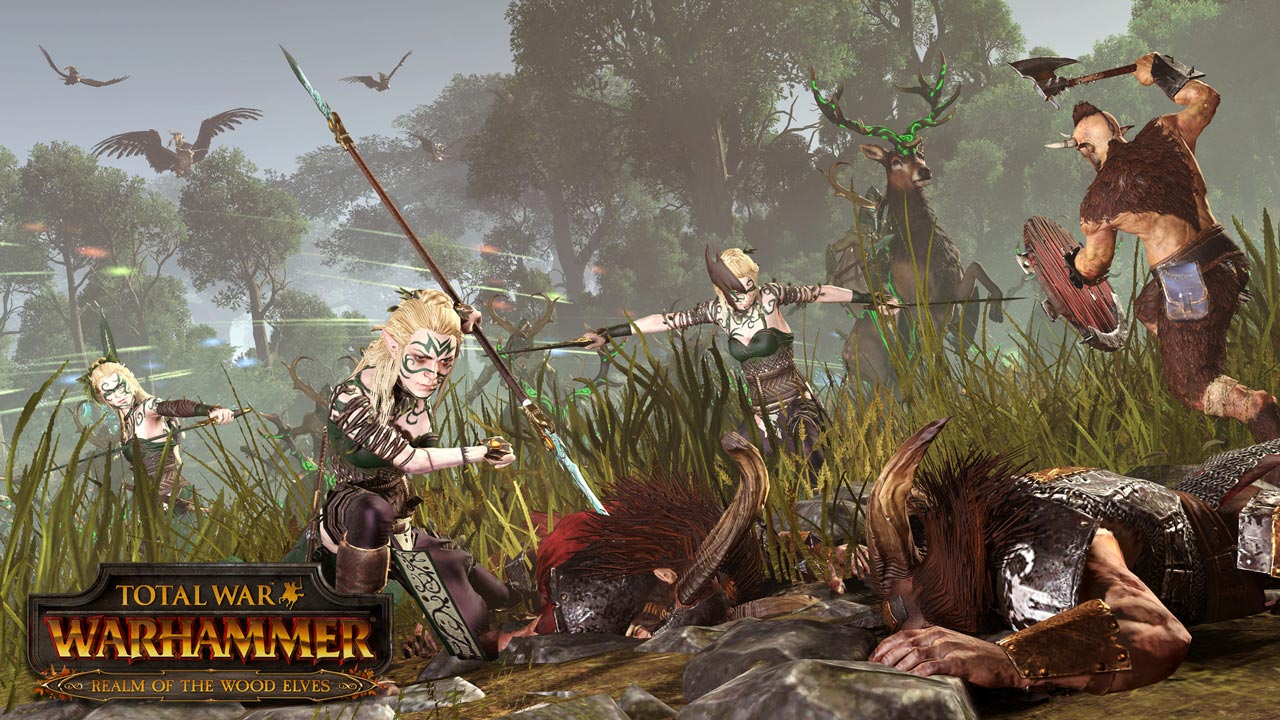 This content requires the base game Total War: WARHAMMER on Steam in order to play.

And in it live asrai - forest elves. Like the rest of the elven nations, they came west from Ulthuan, but they are alien to the arrogant arrogance of the Asuras and the bloody decadence of the Druhiev. The Azrai consider themselves the only true elves who have preserved all the light and dark sides of their race. For many millennia, they live in peace and harmony with a rational forest.

In the campaign, the forest elves are markedly different from the rest of the races of Total War: WARHAMMER. The basis of their infrastructure is the settlements located in Atel Loren, but the Azrais can conquer other territories, replacing the captured enemy cities with their outposts. The center of their kingdom is the Century-old Oak - a unique 5-level building, which is associated with a new victory condition in the campaign.

Forest elves are quick and deadly in battle. Most of their units are capable of inflicting huge damage, but at the same time are quite vulnerable. Losing in physical strength and strength to other races, Azrai, however, are very skilled in close and long-range combat. They own some of the best archers in the game, capable of shooting in motion and using various types of ammunition. In addition to the elves themselves, in the armies of the Azrai, dryads, eagles, woodworms and other inhabitants of Atel Loren fight, and the magicians of this race own the schools of Life, Beasts and Shadow.