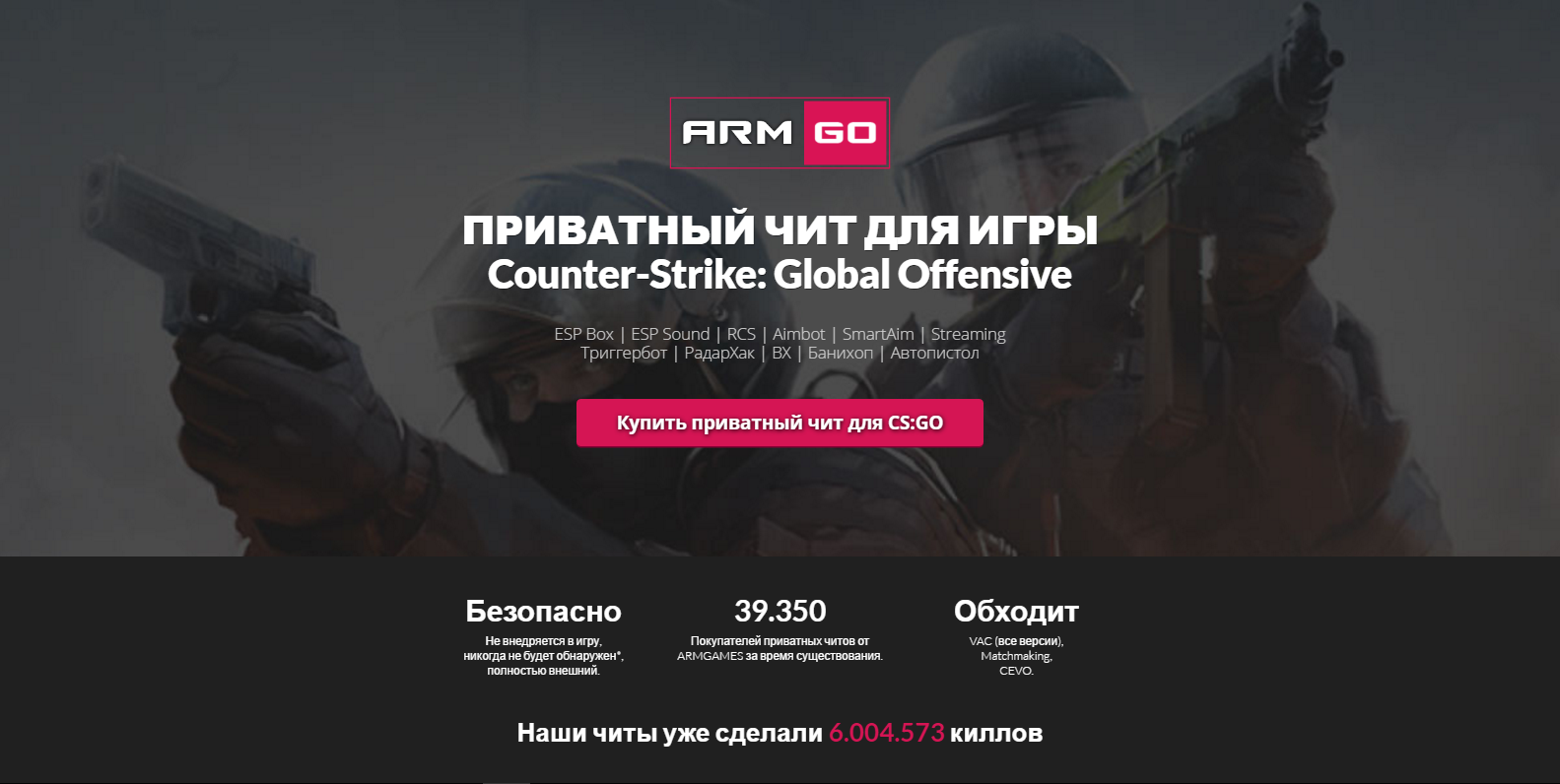 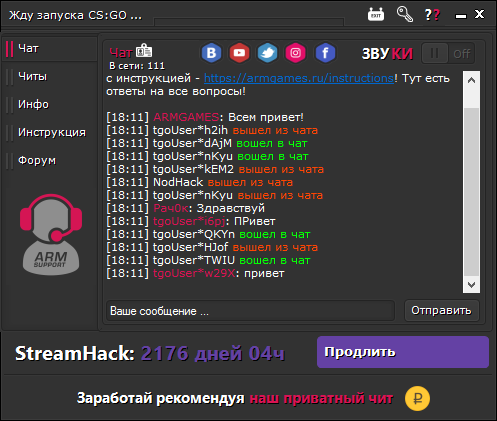 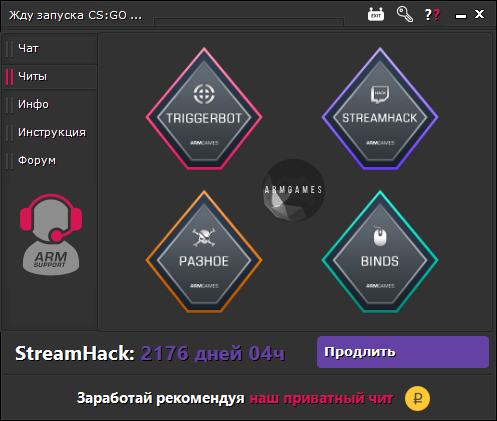 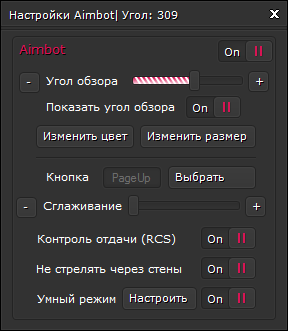 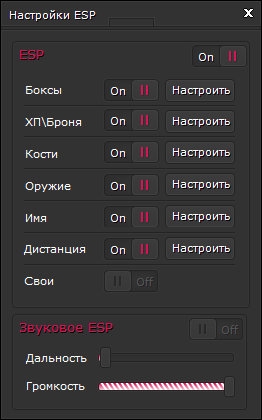 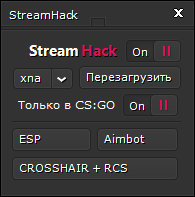 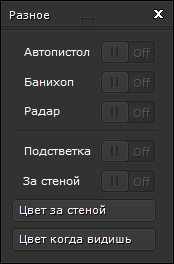 
Content: unique code 16 symbols
Loyalty discount! If the total amount of your purchases from the seller ARMGAMES more than:
If you want to know your discount rate, please provide your email:

ARMGAMES information about the seller and his items
offlineAsk a question

The seller guarantees the delivery of your product within 1 hour from the receipt of payment. If it doesn't happen, you can cancel the deal on your own and get you money back.

The visual and sound elements (ESP) for the game with the streaming, you play with cheats, Stream game, and cheats to be seen. Assistant in shooting (Triggerbot, AimBot, RCS, Avtopistol). Triggerbot - Autoshot hover, aimbot helps to aim, the RCS reduces returns. Help in finding opponents (LOC RadarHak, ESP). See through walls, giving the Old timeytam, hard to catch you by surprise, you know exactly where the enemy.

ESP Box | ESP Sound
- Draws squares on top of the screen around the players.
- Players can be seen through the wall. Ricuet body skeleton.
- Is it possible to stream the game, no one will know that you are a cheat!
- Displays the number of lives the player.
- Displays the weapon, which is now in the hands of the player.
- You can customize the display of the player´s name.
- You can turn on, turn off the display of its own.
- ESP Sound "beeps" as a metal detector when approaching the enemy.
- Each element has a thin settings: color, position, size, and others ...

RCS | Crosshair
- RCS - System controls recoil.
- Draws sight in the center of the screen.
- The sight moves and shows where the bullets are flying.
- You can turn on monitoring the impact, all the bullets will fly to 1 point.
- You can set the color, position, size.
- You can play with the stream, no one will see.

Aimbot | SmartAim
- Helps to aim at the enemy.
- You can change the review Aimbot degrees.
- Displays the radius of the review on your screen.
- It is possible to set any button on the alarm.
- Control of recoil when triggered Aimbot.
- You can enable a smart finishing, to the neck and trunk.

Triggerbot
- Autoshot when you hover over the enemy, you move the sight on the enemy and triggerbot shoots himself.
- When you move, you shoot so quickly that the enemy puzzled by your reaction.
- You can set up any weapons to your playing style. There are detailed instructions.

Why trust us.
✔ 1. More than 76,000 satisfied customers.
✔ 2. For one year on the market.
✔ 3. Trigger bot has already killed more than - 6,000,000 players.
✔ 4. More than 3000 positive feedback from our customers.
✔ 5. Dozens of clans playing with our hacks.
✔ 6. Operational Tech support, answer more than 1,000 questions.
✔ 7. Constant online and the ability to collect chatting stack associates.
✔ 8. Operational updates and innovations.
✔ 9. Regular competitions and bonuses to active players.

Attention! After purchase you will need to activate your key at this link - https://armgames.ru/tgo/activate, without activating your key will not work!