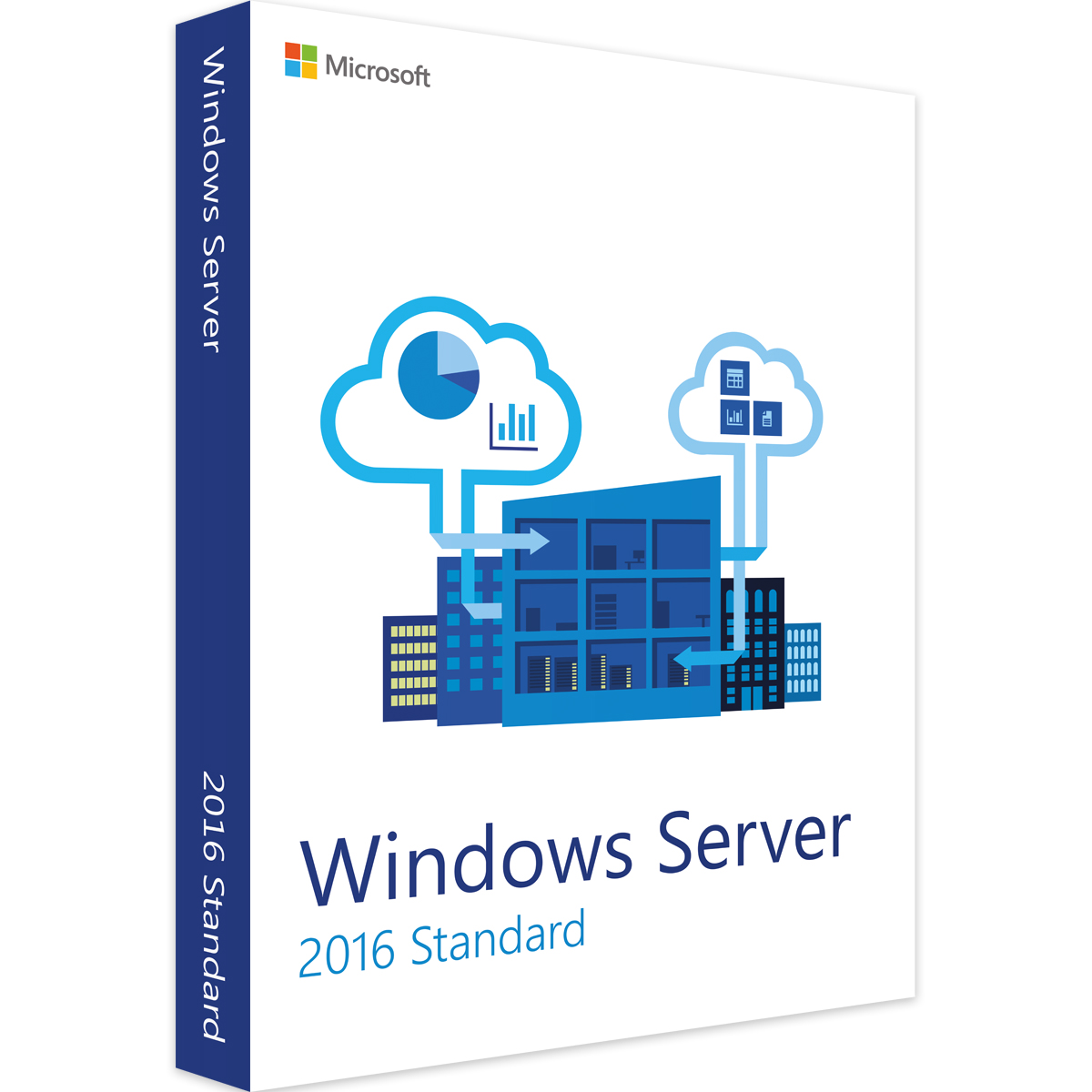 Uploaded: 20.11.2019
Content: text 33 symbols
Loyalty discount! If the total amount of your purchases from the seller irmitekOU more than:
If you want to know your discount rate, please provide your email:

irmitekOU information about the seller and his items
onlineAsk a question

The Windows 10-based Microsoft Windows Server 2016 Server OS provides you with more stability, security, and innovation for your infrastructure and helps you to move to a cloud environment. The various integrated protection levels ensure the protection of your system and all data in it. In addition, you can easily create complex networks and develop your own data center. However, the Standard Edition does not provide Shielded Virtual Machines, Software Defined Networking (SDN), and Storage Spaces Direct and Storage Replica. These features are only available with the Windows Server 2016 Datacenter Edition.

New license model for the first time in Windows Server 2016

By the previous versions, the Standard and Datacenter licenses are valid for each two physical CPUs. With the new licensing model, a change from a Pro-CPU to a Pro-Core licensing took place. It is assumed that a server has at least 8 cores per processor and a total of at least two processors, so a total of 16 cores. For each server, 16 cores are the minimum, and at least 8 cores must be licensed per CPU. Better equipped servers must be upgraded with additional licenses. The supplementary licenses are available in the steps of 2, 16 and 24 cores each. It is also necessary to purchase the appropriate user or device CALs.