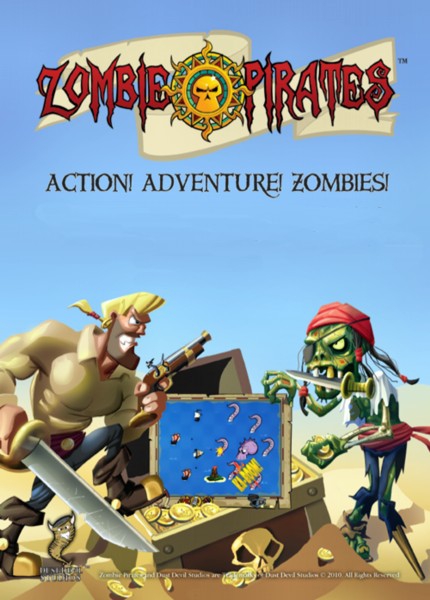 Uploaded: 19.08.2016
Content: text 17 symbols
Loyalty discount! If the total amount of your purchases from the seller Palm™ more than:
If you want to know your discount rate, please provide your email:

Jack´s battles will take him from the Carribbean-like Buccaneer Bay to the savage Cannibal Isles, the mysterious Sargassum Sea, and the icy reaches of Polaris, battling zombies and nefarious boss monsters along the way.

Jack is joined by Dr. Theopolis and his marvelous gryocopters and submarines, Esmeralda and her all-gal crew of the Manta, and a number of other strange and amazing vessels.

Jack will need all the help he can get, for the Zombie Pirate fleets contain everything from Plague Ships to hulking Dreadnoughts to screeching flocks of Murder Birds! And behind them all is the captain of the undead, Gruesome George!

Key features:
• A colorful, cartoon-style game with something for all ages
• An engrossing story with a surprise ending - "The Curse of the Red Widow"
• Colorful characters with numerous voiceovers
• Dozens of unlockable friendly and enemy units, including numerous giant monsters