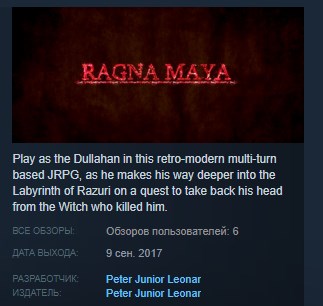 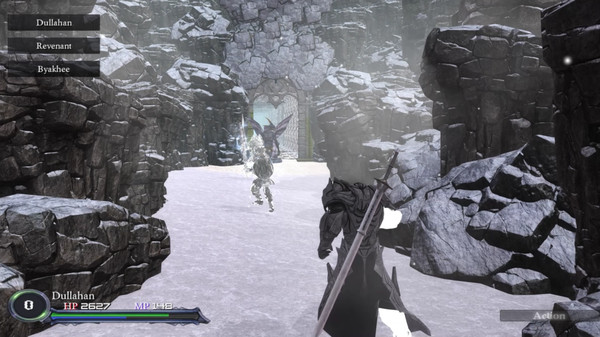 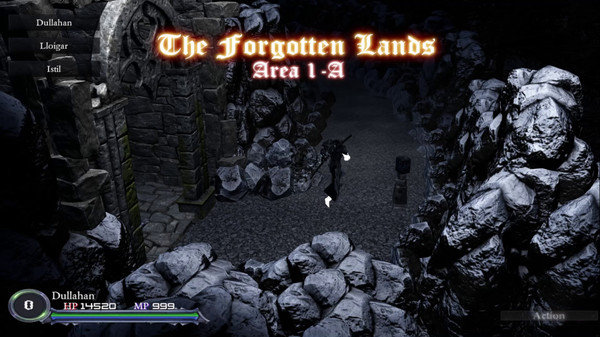 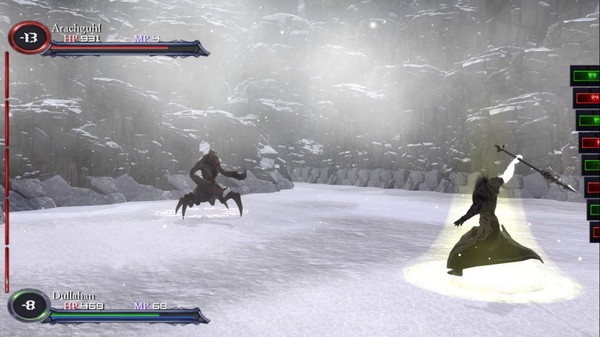 In the world of Regia, there exists a legend about a headless Magus, the Dullahan, that is said to be a harbringer of death. The Dullahan was once human, but after losing his life, his lingering attachments made him vulnerable to chaos. He is one of the Akasha— beings born from chaos, beings given form by chaos.

After wandering— searching for nearly the past 200 years, the Dullahan has finally found Razuri, a 7-level labyrinth said to be the entrance to the realm of the witches, Hexennacht. Witches are the strongest beings, revered as Gods in the study of magic. It is known that they exist through the passing of tales and legends from one generation to the next, but only a handful is said to have encountered them. The Dullahan holds a grudge against a certain witch, since that witch ended his life and took his head as a trophy.

Razuri is made by witches, to prevent others from entering Hexennacht. Be it man, beast, spirit, or witch, if they visit uninvited, they will be forced to pass through Razuri. Will the Dullahan find his way to the end of Razuri and find his head, or at least a clue to it´s whereabouts? Or will he wander the labyrinth forever, as all "guests" have.
Features:
-An immersive adventure— play as the headless harbringer and make your way to the end of the labyrinth.
-Multi turn-based combat(reminiscent of Final Fantasy X) focusing on strategical warfare with much reliance on the multiple damaging factors such as Status Values, Status Effects, Vulnerability Guard, and Elemental Fragility.
-Reconstruct the form of fallen Akashas from their fragments and crystallise them as Mirages for optional materialization as members of your party.
-Features over 50+ different types of Akashas, and different Battle Rewards depending on the level of the Battle Group(Defeating an Akasha at level 10 and level 20 gives different loot.)
-Face the consequences of battle— limited number of revivals for the Dullahan and permanent death for Mirages, but can be revived again by Miria at Save Points(Fallen Mirages can be resummoned at save points, but reverts back to level 1).
-Learn spells by either gaining experience or unsealing the Dullahan´s ability tomes by exchanging Mana Fragments.
-With over 150+ possible equipment, 60+ equippable weapons, 90+ equippable accessories, the Dullahan can wield up to 4 essences and a weapon of his choice—
Swords, Greatswords, Katanas, Spears, or Orbs.
-Item Creation features over 100+ creatable items ranging from Scrolls(Spell Weaving), Materials(Material Alchemy), Essences(Essence Forge), and Weapons(Weapon Forge).
-Expansive world— each labyrinth floor is connected to Aurealis, with each floor free to explore as you advance through the story.